Meteorologists deny their existence, but we love these soft mild days… 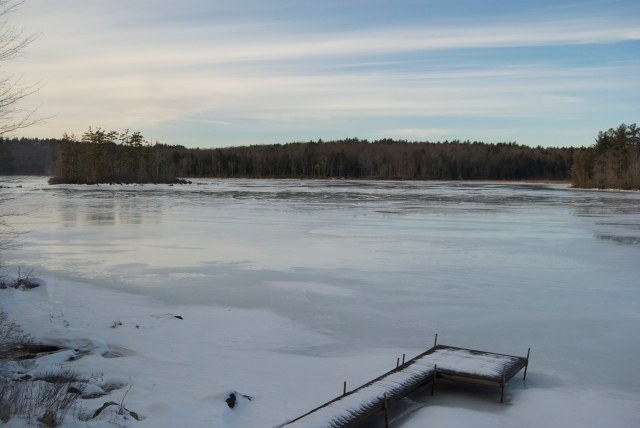 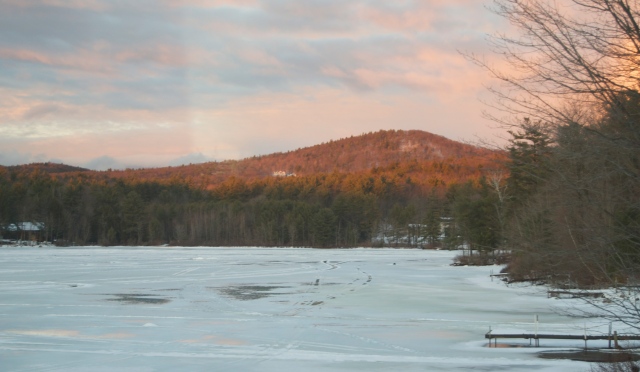 The sun kisses the tips of distant pines 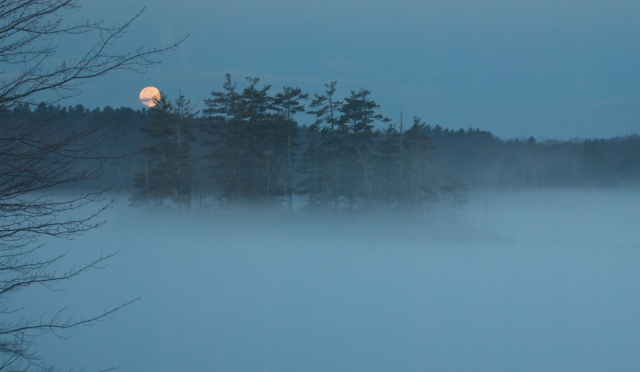 A misty dawn and late moon-set 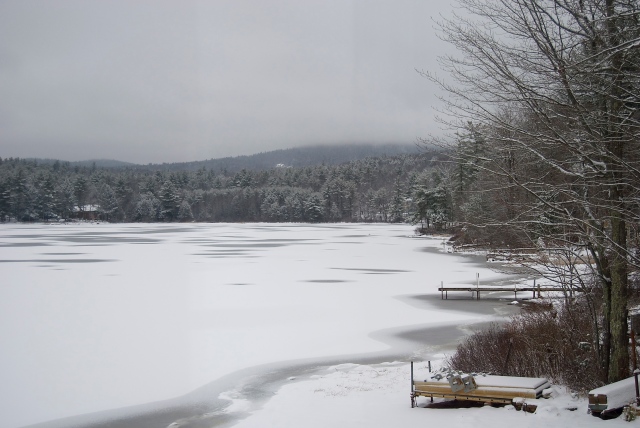 The first snow, before Thanksgiving, wet enough to stick, is the best one

Sunrise, light drizzle, and a brilliant rainbow reflected in the lake… 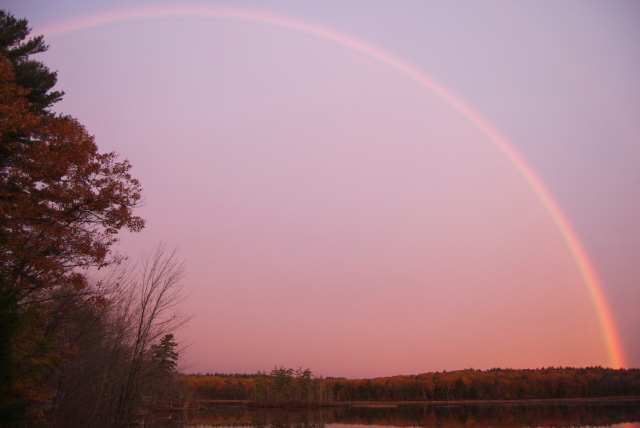 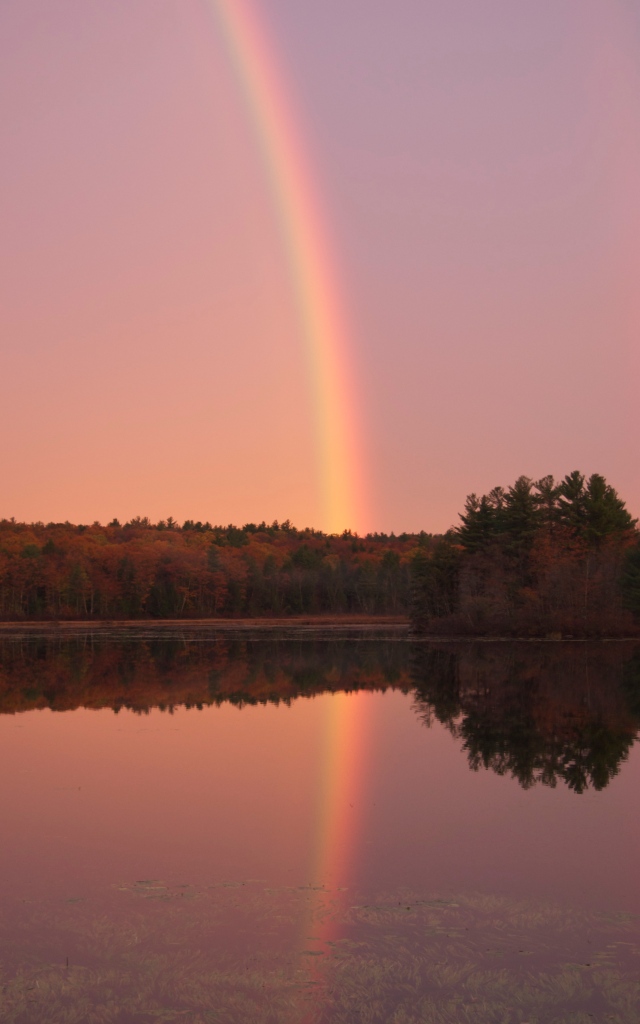 In the end, it all turns to rust – tho’ new life is hidden there

Frosts arrive, and morning mists, and a long warm summer comes to an end 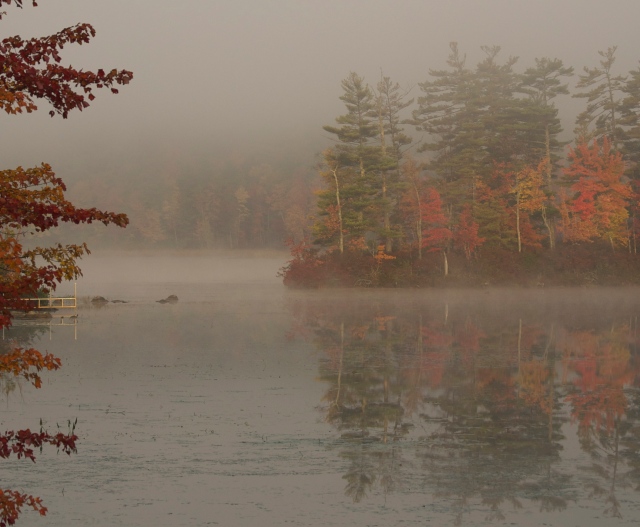 It’s been a slow, weird Spring in this part of New Hampshire. The mild Winter gave way to cool and wet April and May and it did not warm up. Even on our lake, south of the White Mountains, we had two snowfalls in April. On May 16 it snowed just north of here, and northern Maine got 6 inches – a record for this late in the season. Now we are getting 80-degree days!

The lakeside woods were not green until a week ago. Many migratory birds passed through in March – various duck species, a pair of bald eagles. Now the summer birds are here: a pair of loons, Canada Geese (the first with chicks), a Great Blue heron, dozens of swallows swooping over the lake surface, and all the usual suspects at and near the bird feeder – blue jays, cardinals, yellow finches, orioles, red-wing blackbirds, many sparrows and a pair of mourning doves.

We have beavers at work this year; some neighbors report trees felled. Last week we called the NH DES Dam Bureau because the water level was a foot above normal, despite a couple of rain-free weeks. They discovered that the beavers had blocked the large culvert beneath the road that crosses the lower end of the lake, and almost no water was crossing the lake dam! Now the water level is almost back to normal, and our docks are no longer submerged –  just in time for Memorial Day Weekend!

Summer weekend people are arriving, and the lake has woken up. Fishing boats, canoes and kayaks have appeared, and this weekend they will be joined by pontoon boats, jet skis and water skiers.

So we rejoice to see the trees finally leafing out, and some nice sunsets appearing. Memorial Day weekend may be the start of summer for some people, but this year for us it’s the welcome start of Spring! 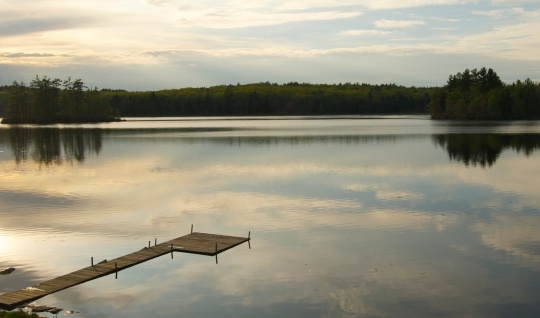 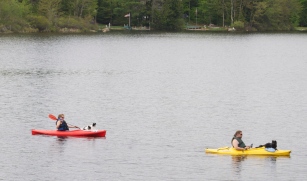 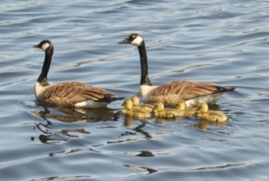 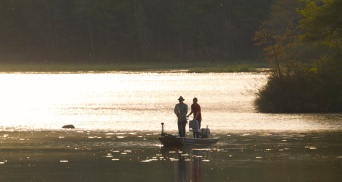 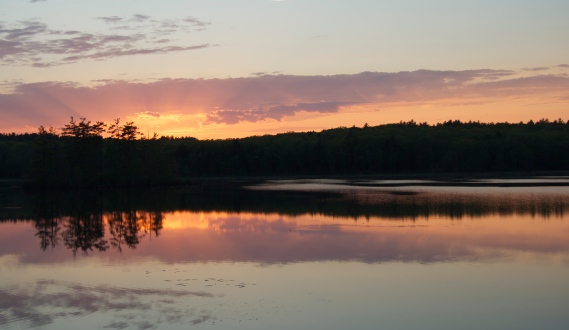